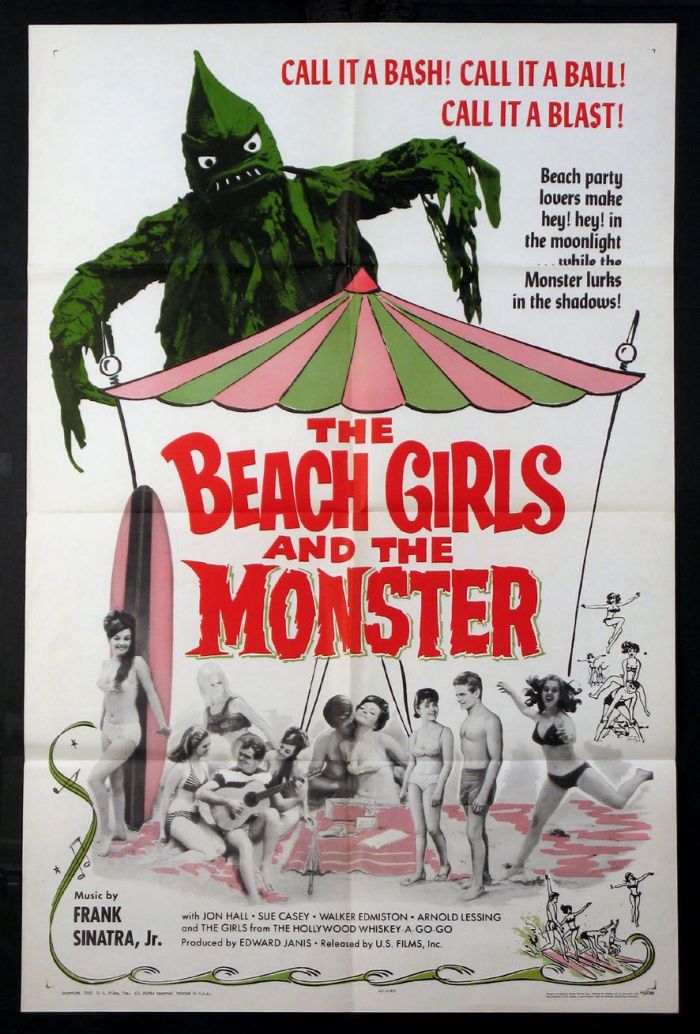 Ever since I saw Jon Hall in The Invisible Agent (1942), I’ve wanted to watch The Beach Girls & the Monster (1965), in which he not only stars as Dr. Otto Lindsay, but directs, as well. He was handsome and charismatic in the former, but I hardly recognized him 23 years later in the latter. Perhaps older and heavier, he decided to trade his appearance in front of the camera for his talent behind the camera. If so, I’m afraid it was a misguided effort.

The Beach Girls & the Monster (aka Monster from the Surf) is a lackluster production directed with little to no style or suspense. The acting, if you can call it that, is horrible. However, it’s Shakespearean compared to the creature design. The monster in this movie makes the monster(s) in The Horror of Party Beach (1964) look like the Creature from the Black Lagoon. Despite all this, I really enjoyed The Beach Girls & the Monster. 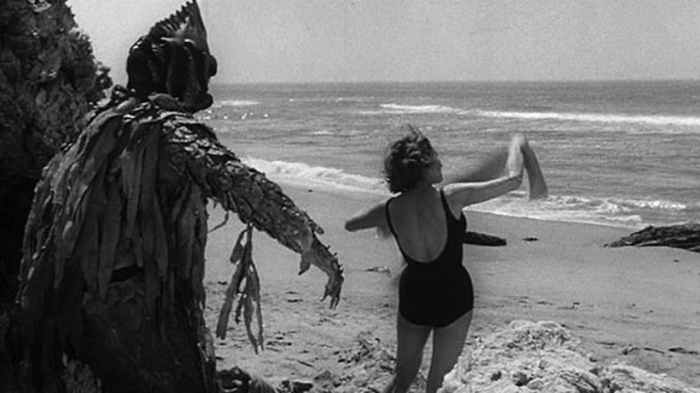 As if Hall and company knew how ridiculous their creature looked, The Beach Girls & the Monster has a twist that explains its appearance. It’s not a monster at all, but instead, a man in a costume. The screenplay by Joan Gardner (wife of producer, Ed Janis) tries ever so hard to create red herrings for the identity of a killer; however, you don’t notice during a first viewing of the movie because you don’t know the creature’s going to end up being anything but real.

Had we known that in the beginning, and had the story changed the order of a couple scenes, it could have been a decent mystery. For example, Mark (Walker Edmiston) is painted as a man traumatized by a car accident and who has reason to dislike two of the monster’s victims. He’s a viable suspect… until we see him witness a murder. With that scene, we immediately know he’s not guilty (even though the police think he is and he goes on the run.)

We’re given clues to the identity of the real culprit, too, but his motive is a little less compelling. He basically has a bad temper and is written off at the end as just being crazy or mad. It’s Dr. Lindsay himself, disappointed that his son, Richard (Arnold Lessing) wants to hang out at the beach with his loafer friends and the women he calls “tramps,” instead of working with him in his laboratory examining fish. His initial victims aren’t really related to any of the main characters. 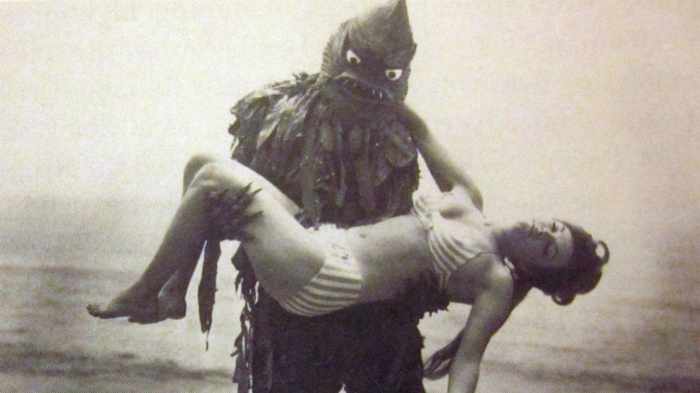 Speaking of The Horror of Party Beach, both it and The Beach Girls & the Monster were part of a subgenre of film born in 1963 when American International Pictures released Beach Party. They borrowed liberally from the successful AIP “formula” that included musical numbers as a backdrop for teenage hijinks. Here, Frank Sinatra Jr. provides the theme song, Dance Baby Dance, which is a lot of fun when accompanied by jiggling bikinis and gyrating pelvises.

The characters are painted in broad strokes and their stereotypes create a lot of drama for a 70-minute film. Dr. Lindsay has been married to Vicky (Sue Casey) for five years, following the death of his wife (Richard’s mother). She’s the real tramp of the story, as she makes advances toward both her stepson and his best friend, Mark. (Richard blames himself for Mark’s accident, by the way.) Most of the movie plays like a bad afternoon soap opera first, and a monster movie second.