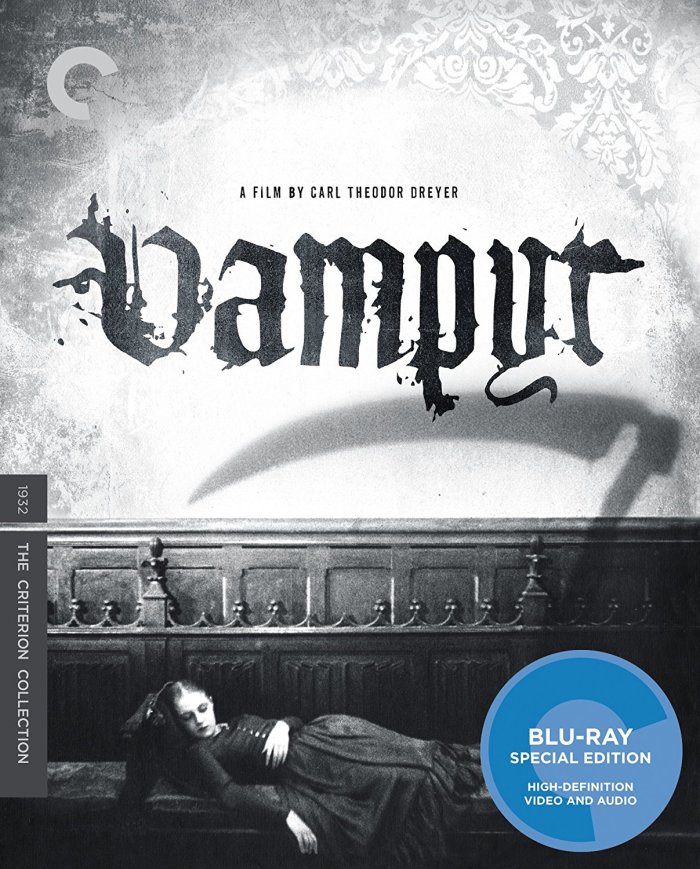 Reflecting on an article I wrote some time ago about film adaptations of Joseph Sheridan Le Fanu’s novella, Carmilla (which is part of a larger literary collection, In a Glass Darkly), and then watching Vampyr (1932) again recently, I’d have to stick with my original comments about it…

Vampyr is not a silent movie; however, there is very little dialogue and most of its exposition is revealed through title cards.  Allan Gray (Julian West) is introduced as a traveler with an interest in the supernatural.  While staying at an inn, he wanders upon a castle where one of its inhabitants, a young woman named Leone (Sybille Schmitz), appears to be the victim of a vampire.  Ultimately, the vampire is tracked to the grave of Marguerite Chopin (Henriette Gerard), where she is killed by driving a metal bar through her heart.

This is only a fraction of the story in Vampyr.  It is part of a larger plot involving a mysterious doctor who is the movie’s true villain.  But neither story matters as much as the style and atmosphere of Vampyr.  The movie is slow and sometimes doesn’t seem to make sense, but offers some of the most haunting imagery I’ve ever seen in a horror movie.  For me, though, it peaks early and becomes a little repetitive and tiresome by the end.

For its time, Vampyr is incredibly inventive.  For example, ghosts, or what I assume are ghosts, are portrayed as shadows that rise from the ground and move across the landscape.  The scene that sticks with me, though, is a dream or vision Allan Gray has of being buried alive.  I couldn’t tell you how or why it fits into the story, but it’s a classic.

What gives me renewed interest in the film is something that film scholar Tony Rayns says on the commentary track for The Criterion Collection Blu-ray, out this month. In the way that Vampyr is the antithesis of standard Hollywood melodrama by surprising, subverting and undermining audience expectations, it’s similar to Twin Peaks. They’re both designed to be disquieting.

Regardless of my opinion of it or what about it excites me, Vampyr is an important film that any self-respecting horror fan should own, especially when it’s released by The Criterion Collection. The problem is that it was released on DVD a few years ago. If you already have it, should you upgrade to the Blu-ray? You have to decide for yourself, but my job today is to educate you about why you might or might not want to.

I’ll be honest; the presentation doesn’t look any better to me on the Blu-ray than it does on the DVD;  it’s still a film from 1932.  Also, I don’t find anything on the disc itself that necessitates an upgrade. Both it and the DVD have the same Supplements:

Within the disc package, both the DVD and Blu-ray have:

On the other hand, new to the Blu-ray is a 214-page book featuring Dreyer and Christen Jul’s original screenplay, as well as the full text of Le Fanu’s 1872 story, Carmilla.  The entire package, which lives inside a chunky cover box, is terrific to hold and view.  If you’re a completest, or care about the latest and greatest version of a movie, it’s a must-have.

Sometimes there are different supplements on two different versions and you want to keep them both.  The nice thing about upgrading Vampyr is that you no longer have to keep the DVD; you can sell it to recoup part of your investment in the Blu-ray.    You’ll lose a little shelf space because the package is wider, but you’ll gain some wiggle room for the rest of your collection.