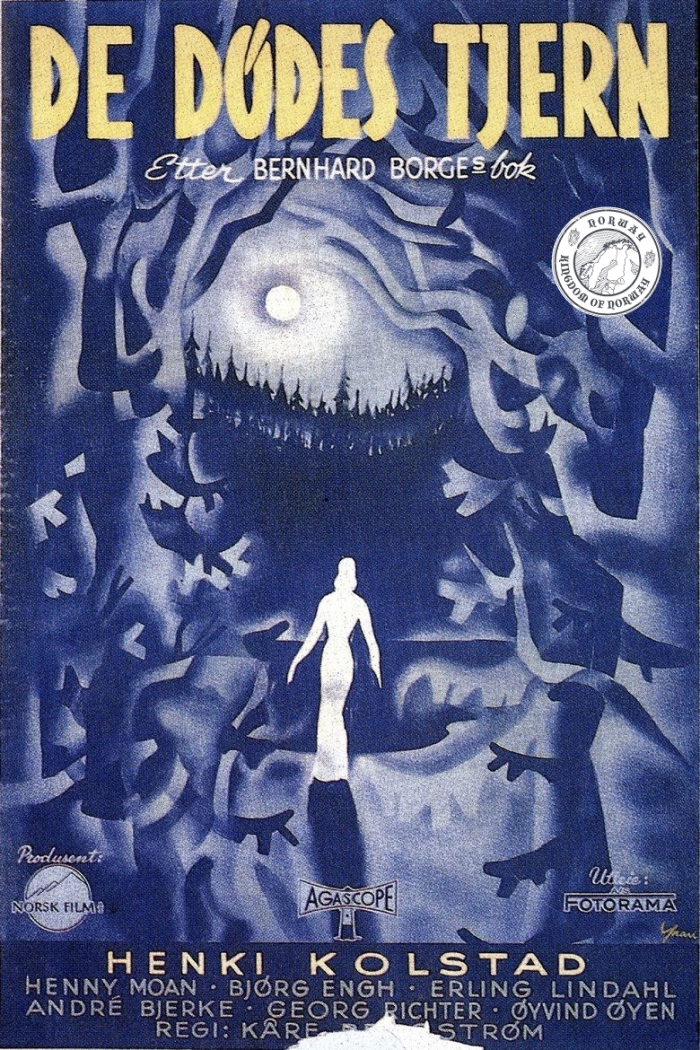 Lake of the Dead (1958) is soaked in atmosphere, but I found its story to be a little dry. With a 7.3 rating on IMDb and the fact that 101 critics collectively named it as the fourth-best film of all time in Norway, I was a little disappointed in what I watched. The cinematography is stunning, but it’s a very talky movie and perhaps trying to keep up with the subtitles contributed to distracting me from the plot.

The presentation on the DVD from Sinister Cinema is beautiful, with a crisp black and white picture on a wide, wide screen. (The black bars on top and bottom seem thicker than usual; this is no problem on a big television.) The beginning of one particular scene is breathtaking as the camera moves through the woods and emerges with a view of the titular lake.

Local legend has it that a man killed his sister and her lover and then drowned himself in the lake. Those who stay in the cabin where this man once lived will be possessed by the desire to drown themselves in the same lake. Six people from Oslo begin to question the validity of the legend when they arrive to visit Bjorn Warner. He is nowhere to be found, but they stumble upon his dog, shot in the head.

Strange things start happening, particularly with Liljan (Henny Moan), Bjorn’s sister. She sleepwalks and is saved by Berhhard (Henki Kolstad) from falling into the lake. Luckily, Liljan’s psychiatrist, Kai Bugge (Erling Lindahl) is with them and can treat her. Her dreams are the key to unlocking a mystery that includes the drowning of another member of the group and the appearance of peg-legged tracks on the floor.

We learn this at the end of the movie during long exposition by Bugge. The delivery reminds me of a Scooby-Doo episode as each “supernatural” clue is given a rational explanation. There’s a good twist just before, though, and then the very ending indicates there may still be events that can’t be so easily written off. I guess it’s a good thing I didn’t solve the mystery myself; it may not really be as pat as it sounds.

I’d like to watch Lake of the Dead again now that I better understand what it’s trying to achieve with its mix of mystery and ghost story. I could watch it anytime to enjoy the scenery, but I’d like to see if the story might have a bigger impact on me. At only 76 minutes, with only one viewing, I feel like I missed something. Then again, it may just have a sensibility that’s foreign to me, literally and figuratively.

Part of the Countdown to Halloween.  Tomorrow… Sweden!